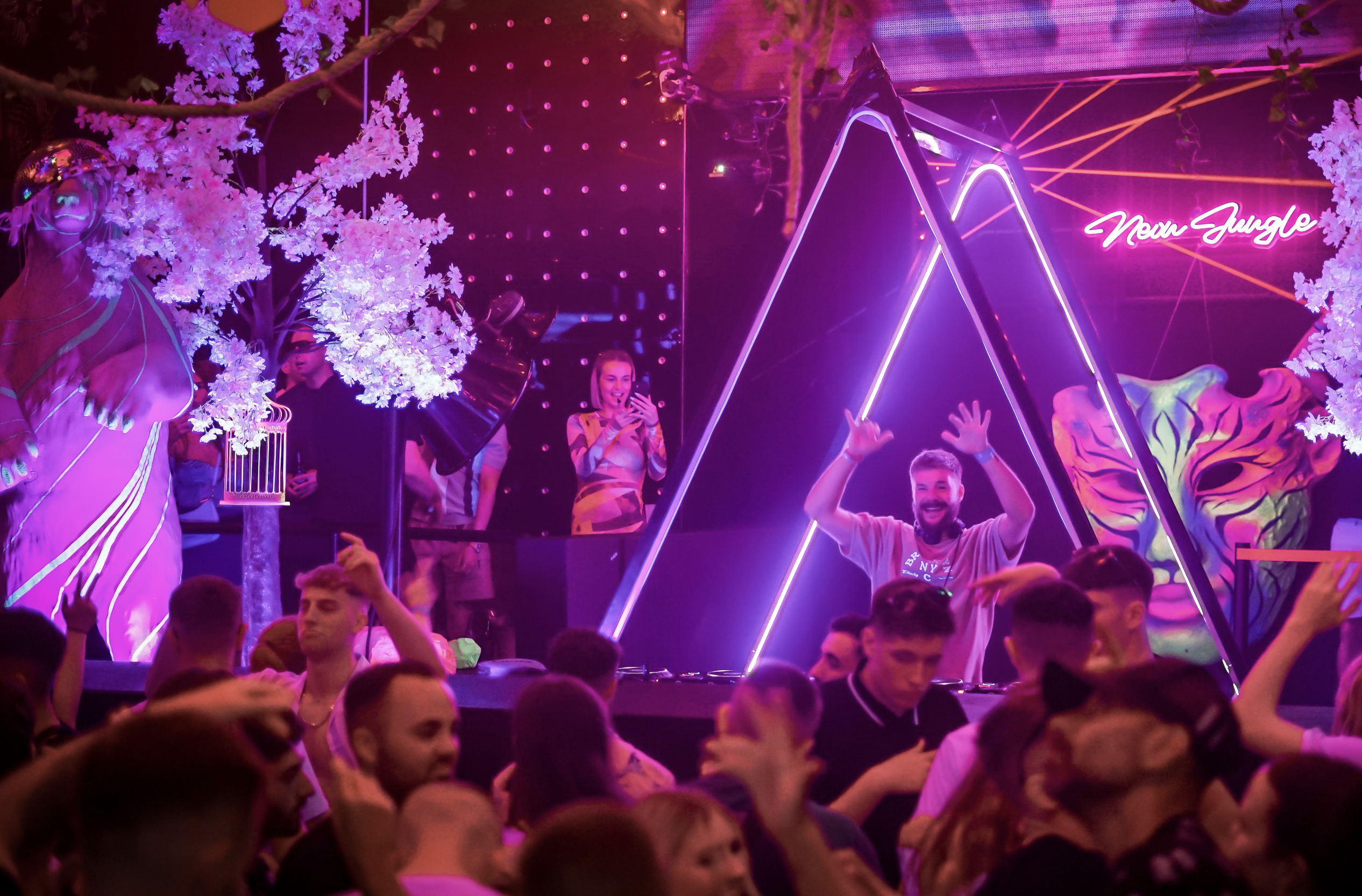 Perfect Havoc Debuts at Eden Ibiza in Collaboration with WNDRLND

Perfect Havoc, the chart-topping record label will be making its Ibiza debut this summer with a three-date residency at Eden. In collaboration with the immersive house night, WNDRLND, Perfect Havoc will bring its trademark sounds of commercial house and dancefloor fillers to San Antonio on Saturday 18th June, 30th July and 3rd September.  With line-ups comprising of artists from the Perfect Havoc label, including UK Chart toppers PS1, Kryder, Just Kiddin, Wankelmut, Tobtok, Simon Field, Alfie Cridland, label-co founder Adam Griffin and more, it’s set to be one hell of a party when the Perfect Havoc crew touches down.

Conceived by the seasoned boat party camp, Pukka Up, Saturday night favourite WNDRLND is known for transforming the leading venue, Eden, into a Neon utopia with colourful décor, mesmerising entertainment and magical atmosphere. Each night takes a different turn thanks to appearances from a revolving list of guest promoters, each creating its own unique and mysterious vibe.

The Perfect Havoc crew will be bringing a special kind of havoc as it throws its first event since pre-Covid times. Prior to this, Perfect Havoc was steadily carving out a reputation for unmissable events with parties across the world from San Francisco to Stockholm, Paris to Oslo, and on home turf in East London’s coolest spots.

On Saturday 18th June, the lineup at WNDRLND x Perfect Havoc will see label favourite, Freejak, top the bill bringing with him his original style of bumpy and chunky house, and his huge rework of ‘Sandstorm’ – a track that’s being rinsed by DJs the world over including Tiesto, Diplo, Lost Frequencies and David Guetta who dropped to rapturous crowds at F*CK ME I’M FAMOUS at Ushuaïa this week. He’ll be joined by Perfect Havoc’s latest label singing, Varski. The former frontman for Club MTV turned house producer will come armed with his own productions as heard on labels including New State Music and a bag of exclusive edits that each of his bass heavy sets are sprinkled with.

Saturday 30th July sees Perfect Havoc A&R and DJ, Adam Griffin, go back-to-back with double-platinum-selling artist, Tobtok. The pair have collaborated on contagious house cuts ‘The Sting’ and ‘The Stand Off’ (Radio 1 Future Anthem), while Tobtok on his own sits on 500 million streams for tracks including ‘My Carousel’ on Selected and most recently ‘Satellite’ on his long-time label-home, Perfect Havoc.

Further b2b’s are lined up from Perfect Havoc’s rising star, Alfie Cridland, and the multi-skilled artist, Damon Hess. While Hess holds down residencies all over the island at O Beach and the Hard Rock Hotel, Cridland is also a force to be reckoned with, mashing up the genres in the booth as he does in the studio. From the tech-house cut ‘It Was All A Dream’ (supported by ACRAZE, Miane and Sam Divine), to the accessible house sounds of his latest single ‘High’, this set is guaranteed to pack a punch.

Also appearing at the bumper night is New York artist, PS1, who shot to fame with his debut single ‘Fake Friend’ on Perfect Havoc which went Top 20 in the Official UK Charts and was certified Gold in the UK. The in-demand house duo, Just Kiddin who are riding high on collaborations with Sonny Fodera and House Gospel Choir, also star. And completing the bill is the go-to fashion-stylist of the stars turned-DJ and record producer, Alexis Knox; she brings bags of charisma and uplifting tunes wherever she goes.

The final party on 3rd September boasts a stellar selection of acts to round up this short but very sweet guest residency. Following on from his residency at Ibiza Rocks last year, the mighty Kryder will touch down to perform with his label mates at Perfect Havoc. High flying Berlin talent, Wankelmut, who ranks amongst the most popular and renowned house and techno talents of the past 10 years, will also make a special appearance.  And finally, Norway’s stalwart selector and producer, Simon Field, will have crowds in the palm of his hand when he serves up a set of danceable, deep house cuts to close out the season.

With five billion plus streams under its belt, a nomination at the Music Week Awards for Best Independent Record Label, and a bulging release schedule this summer packed with tracks from Charlie Hedges, Varski, James Hurr and many more, the soundtrack to this event will reflect the success of Perfect Havoc. But more so, this is a place for the cool and colourful to let loose and dance once again now the special White Isle is open up again.